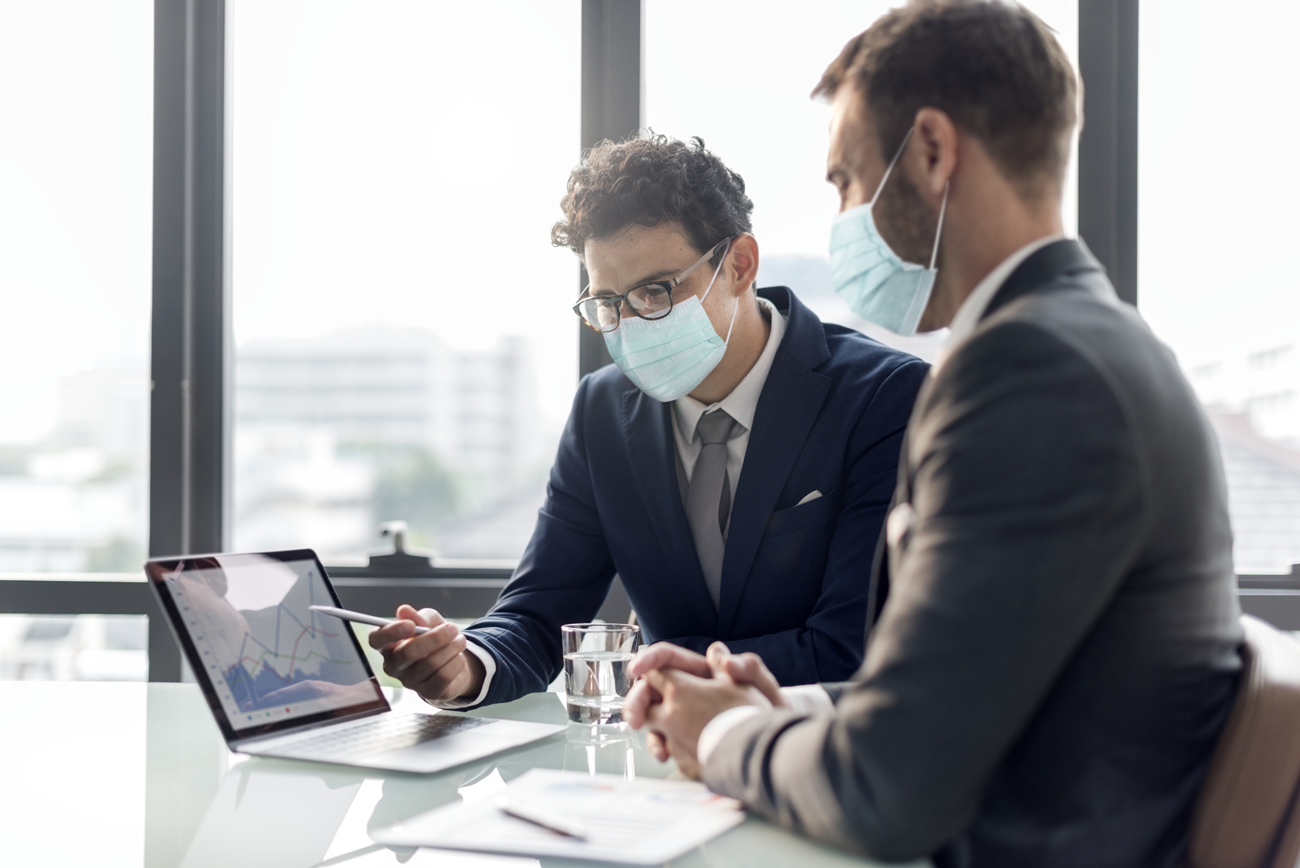 Despite being battered by the National Lockdown last year and continuing lockdowns in many areas, many key sectors had bounced back and were struggling to cope with the pent up demand that had been unleashed. Things were looking good- the pandemic had eased considering with daily cases at a fraction of their peak levels and a nationwide vaccination drive in full earnest. The nightmare, 2020 , was fading in the rear view mirror. The second wave of the COVID pandemic , however, is threatening to bring that recovery to a grinding halt. Let us have a look at how four key sectors — auto, pharmaceuticals , consumer durables and aviation — are fairing as the country records over 350000 cases a day.

AUTO — Business in Q4 will be stellar but the lockdown in Maharashtra ,which accounts for 12% of the country’s total market , will bite..

For now , companies are managing the situation , with no visible signs of labour shortage.

Production will be impacted –Tata Motors ,Mahindra and Bajaj Auto have been asked by the Government to operate at 50% of their capacities. Companies are working with Vendors to ensure uninterrupted supply of parts .Dealers are shut, crippling the capacities.

Consumer Durables : Since Diwali , business has been good. ACs, fans and refrigerators have seen the most sales. The lockdown in Maharashtra and the partial ones in other states have not had an impact as e-commerce is still operational in most of the states.

Production continues at peak capacity , as the major hubs are in Gujarat and the National Capital Region. E-commerce is helping maintain stability ,even though in Maharashtra , only essentials can be delivered home.

Pharmaceuticals : Big companies selling medications for chronic ailments are doing well. The non-Covid segment had begun to recover but this recovery may now be disrupted by the Second Wave as the hospitals and the overall healthcare infrastructure focus on dealing with the pandemic.

After a brief disruption last year , production has recovered. Even the latest lockdowns have not impacted production. Raw materials , mostly imported from China , now have alternative sources but vaccine suppliers remain a concern, as manufacturers are willing to scale up. The shortage of Remdesiver ,used in the treatment of Covid, continues, even though companies have promised to increase production.

Aviation : Unless the spread of the virus is arrested quickly , passenger traffic during the otherwise peak summer season is set to take a big hit.

Many who had lost jobs were hoping to get back to work amid signs of an economic recovery . Pilots and crew members were also called back from leaves. This has now slowed down.

Airports will also be badly badly hit. Anecdotal evidence indicates footfalls have fallen dramatically in April at many key airports.

The Centre is examining proposals to extend compliance themselves for Income Tax and GST to provide further reliefs. to businesses during the second COVID19 wave.

The Government has received several industry representations , including from MSME’s seeking an extension of various reliefs upto at least 3 Months. 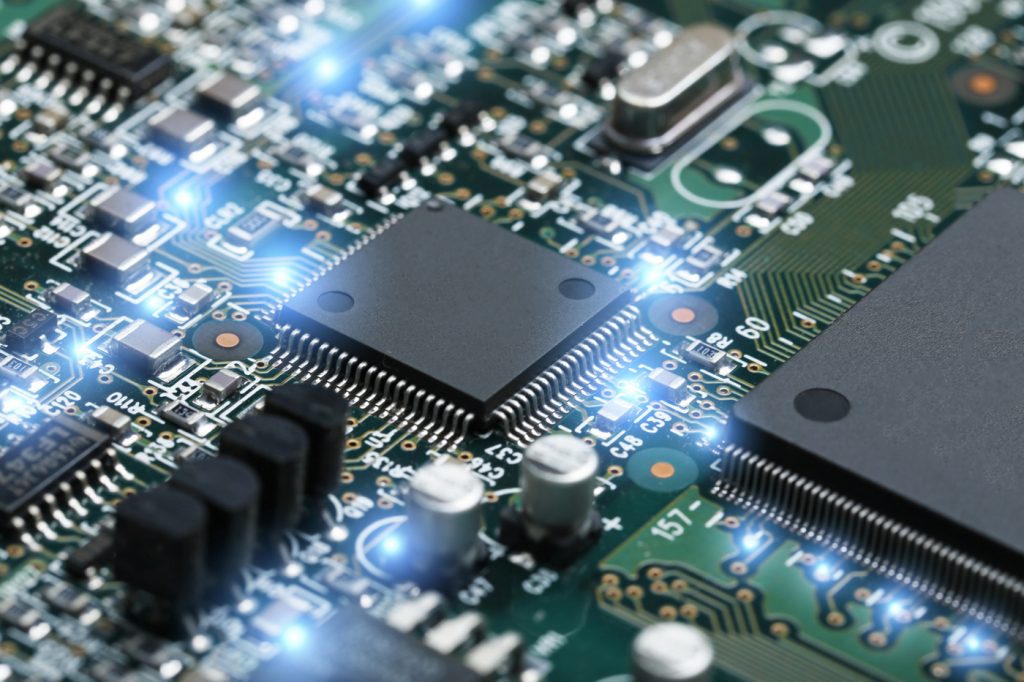 Be it in the form of Virtual Personal Assistance ( VPA) s,Chatpots or Robotic automation — Artificial Intelligence (AI) and Machine Learning (ML) are building business advantage by improving productivity and efficiency , improving sales efforts and even in HR-related functions. As of 2021, approximately 70% of global organisations have integrated AI into the workplace to boost employee productivity.

A I applications for small business are benefiting them in the following ways :

Automate Customer Service and Communications — Through the use of automated Chatbots or Digital Assistants that work 24 x 7 around the clock , small businesses are elevating their customer service and communication without hiring and training a dedicated customer support team. For example, the AI powered Answer Bot from Intercom is resolving nearly 30% of the customer queries received by the organisation / company.

Improving Recruitment and HR Activities — Among the prominent benefits of AI for small business ,AI technology is streamlining the entire employee hiring process along with improving the HR function through employee feedback. For instance, an AI enabled applicant tracking tool is reducing the hiring time and cost for the small businesses in filtering through job applications by candidates and selecting the ones that are best suited for the job.

As AI technologies become more accessible and affordable , industry leaders in the small business space must evaluate the multiple components of AI including Robotics, Machine Learning , Natural Language Processing and Machine Vision to see which fits the best into their business model. 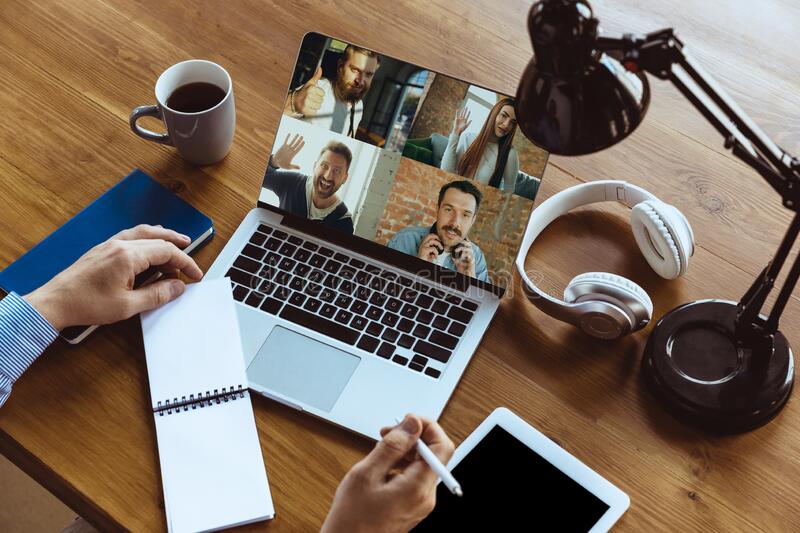 Those who say there are no letters left in the alphabet to describe the evolution of the world economy after the pandemic are absolutely right. It is abundantly clear now that we cannot expect to see a rapid V-shaped recovery nor should we expect a complete L-shaped recovery.

The big question is :

Why would the pandemic bring lower growth ? There are several reasons :

1) Companies will be less profitable and will react by cutting fixed asset investment.

2) The distribution of income will worsen worldwide. In fact, the pandemic has caused a serious deterioration in business profitability throughout the world.

3) State intervention in the economy is leading to a much larger share of zombee companies .the fact that interest rates are to remain low will make it possible for the Government to continue to finance such unproductive companies and their related missallous savings.

4) Unstable Capital Flows — The combination of ultra -abundant global liquidity and fluctuations in risk aversion can lead to highly unstable capital focus , which remains crucial for many emerging countries. And the more an emerging company depends on external financing , the more costly this situation can be in terms of volatility of capital flows and economic performance.
Another form of financial instability may arise from the growing doubt surrounding the role of the dollar in the world economy , stemming from the lack of US leadership ,the sharp increase in US external debt and the ultra -expansionary monetary policy of the Federal Reserve

The Hiatus on Education — There has been a loss of human capital due to the discontinuation of education programmes globally .There is bound to be a reduction in fertility rates for many years, given the negative impact of the pandemic on household income for years to come.

If we analyse each of these points in greater detail, lower growth in the medium term seems unavoidable and with it , the continuation of the ultra-low interest rate environment we are in. The loss of human capital , financial capital , in addition to destruction of business fabric due to bankruptcies , are all bound to have lasting effects , which demand policies cannot do about much. 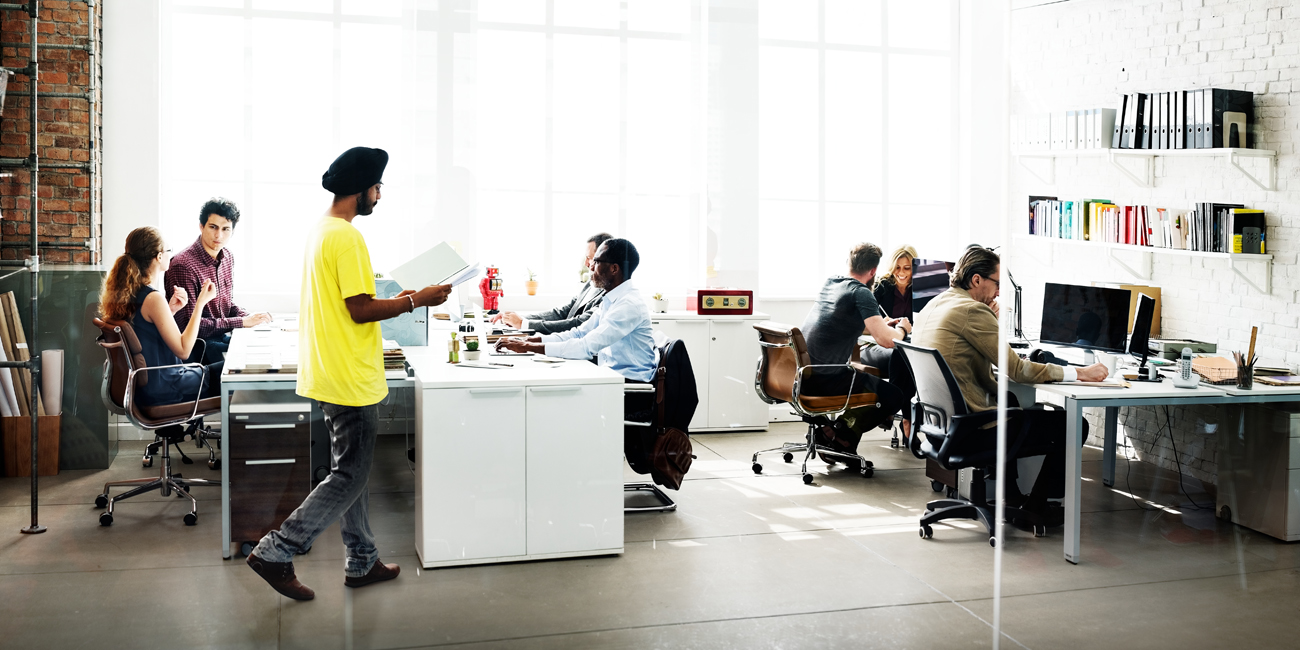 Micro Small and Medium Enterprises ( MSME) have always played a vital role in the Indian Economy. Not only do the 6.3 Crores MSME’s in India contribute one third to the GDP of the country but also provide employment to large sections of society.

Acknowledging the importance of the section, the Government of India ( in 2019) envisioned that the sector would account for half of India’s GDP and add 50 million fresh jobs over the next five years.

However, there were significant signs of a slowdown due to COVID19 (on the demand side) and structural reforms (on the supply side) like GST rollout and demonetisation also haad adverse effects on MSME sector.

While such issuance will provide lower interest rates for MSME’s than other financial institutions/ intermediaries charge , they will also be a viable high-yield instrument for informed and educated investors operating in the bond market.

Given the growing importance of the data economy , it is paramount that the Government creates an independent body which can advise and provide consultancy to MSMEs and enable them to win in this new digital world.

Labour laws are not very conducive to MSME growth. They must strike the right balance providing a growth oriented framework for MSME’s to run and providing sufficient protection for the rights of workers.

While ease of doing business has been a focus area , the reporting , approval and compliance requirements for small businesses continue to border on the higher side.

If we truly want to create a country where MSMEs can influence our economic destiny , it is imperative that they are provided with a hassle-free regulatory framework which works for them and not function as an impediment for growth. 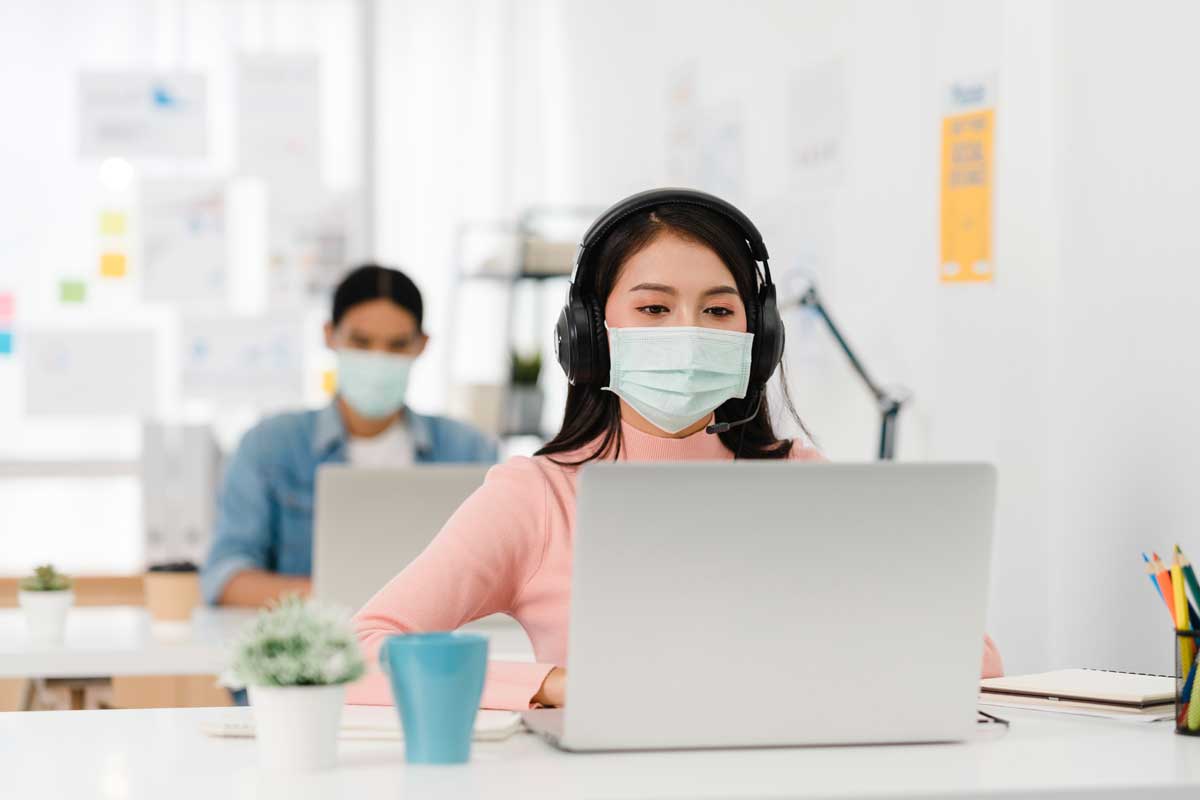 Following the festive season in October2020, India’s Service Sector posted an expansion for the first time since February as malls and restaurants resumed business post lifting of mobility restrictions.

Indian Services Companies suggested that the relaxation of COVID19 restrictions enabled them to secure new work and lift business activity in October. On the price front , the rate of input cost inflation picked up to an eight month high , but there was a softer rise in prices charged for the provision of services.

Many economists predicted that there would be a V-shaped economic recovery at the end of the year , while some feared it could also be W-shaped.

Flyers have come back on domestic routes while international passenger services continue to be restricted and operated under ‘Travel Bubbles’ through bilateral agreements with partner countries. Interestingly, the air cargo market has continued to grow steadily to meet the increasing demand for food essentials and medical aid. the fall in passenger demand has also prompted many carriers to retrofit aircraft to carry more cargo across borders , in search of better margins and cash flows.

In India, hospitality industry has evolved to the contemporary needs as they resumed services after lockdown. the Central & State Governments have issued standard operating procedures and the change is visible at the hotels , eateries and monuments. The security scan at the entrance has thermal screening and sanitization added to the checks , the lobbies are being sanitized more often and the staff is more cautious than before.

Despite initial hiccups, the healthcare system in India managed to withstand the pandemic. The various effects in manufacturing of medical equipment , disposables, drugs and the most recent vaccine efforts made by India has placed it as a global leader. The healthcare sector , in terms of employment, looks very promising.

According to the National Skill Development Corporation ( NSDC) , the logistics sector has emerged as the top employment generating sector in India in the aftermath of the coronavirus disease. Logistics companies should design a strategic plan to prove their resilience and dynamism by helping the exporters and MSMEs to showcase their products overseas. This will help the MSME’s to revive production in full swing and shift to e-commerce completely.