Effects of COVID-19 on various sectors of Indian Economy.

India reported the first confirmed case of the COVID19 infection on 30th January 2020 in the state of Kerala .The affected had a travel history from Wuhan, China.

In order to stop the effect flow of the virus in the country , the Government declared a nationwide Lockdown which led to catastrophic consequences in the economic and social life of the people.

Indian IT firms became subject to the full impact of business disruption in the US and Europe due to the Covid 19-induced lockdown in the quarter to June, as analysts expected companies to report 5-10 per cent drop in revenue due to clients cancelling or putting off discretionary spending on technology in the three-month period.

Sectors such as travel and transportation, oil & gas and retail have been the most affected due to the lockdown in the six-month period, with several companies declaring bankruptcies due to the loss of their business.

It is a washout quarter that captures the full impact of uncertainty in business from Covid-19 led by lockdown, supply side compression and demand pullback. We expect retail, travel and transport, hospitality and oil & Gas verticals to be severely impacted and do not expect recovery in Q2 also,” Aniket Pande, IT sector analyst with brokerage Prabhudas Lilladher wrote in a report.

In the near future, IT companies could feel the heat of pricing pressure, revenue loss due to lockdown (in India and many countries globally), client bankruptcy and slower client decision making led by lower discretionary spends,” wrote Devang Bhatt at brokerage ICICI Direct.

Indian IT firms are expected to follow Accenture, which lowered its growth forecast to 3-6% from 6-8% due to business impact from the Covid-19 impact.

Indian Retail Industry has more than 15 million retailers, both small and big, traditional and modern trade. Retail employs 40-50 million Indians directly of which modern trade employs more than 6 million Indians equaling to almost 12 per cent of the total Retail consumption of the country. Retail contributes to approx. 40 per cent of India’s Consumption and 10 per cent to India’s GDP.

The lockdown to prevent the spread of coronavirus in the country has greatly affected retail business. Most stores, except stores selling essential food & grocery, have been shut across the country. Garments, saris, electronics, mobile phones, furniture, hardware etc. almost all stores are closed. Non-Grocery/food retailers are reporting 80 per cent to 100 per cent reduction in sales. Even retailers of essential items are facing losses as they aren’t allowed to sell non-essential items, which would bring them higher margin.

The ongoing lockdown has put a lot of strain on the manufacturing industry, which contributes almost 20% of the GDP. Of this, 50% is contributed by the auto industry. Even prior to the lockdown, the auto industry was not in a great shape, with sales down by more than 15% and production cuts of the order of 5 to 10% or more. In the unorganised industry, the situation was much worse, as the uncertainty would impact smaller organisations with lesser retentive power, due to their lower profitability. This is somewhat similar to the ‘root beer game’ effect in Operations Management parlance, where an event in the market can lead to highly amplified response from the suppliers, leading to short term overproduction and medium term discount sales. Choking of distribution channels due to this effect are not unknown and goods tend to get offloaded at lower prices, providing volume support, but hitting the profit and profitability.

Manufacturing industry has been hit in many ways due to the Corona effect. To begin with, lower production, due to lower offtake. This takes a little longer to manifest itself, as, some distributors, sensing an opportunity to earn profits in a developing shortage situation, tend to carry on with the sales, but with an extended schedule of deferred payments. Longer credit days are given by the producer, who is keen on continuing with operations, before a complete shutdown. More and more employees stop coming in to work, due to government directives, thereby reducing the scale of operations, with consequent effect on quality, cost and production volumes. Over a period, this adversely affects the turnover, which slows down to a trickle. The uncertainties in the logistics leads to a cascading effect, transporters struggle to not only place vehicles for loading, they also are under pressure to adjust their quotes for carrying goods, as they also face lower attendance, with their operational risks increasing steeply. The slower rate of banking operations, shorter working hours, jammed and overloaded communications lines lead to delayed money transactions, thereby elevating monetary risks. The suppliers to large producers start feeling the pinch, and start to disengage, and play safe, in order to protect their interests, because their capacity to bear risks is much lower than their big customers. Finally, due to all these interruptions, the end user also starts postponing non-essential purchases, and disengages from the consuming processes, by postponing their demands.

In this challenging time where the effects of the pandemic are being felt in every part of the world, the real estate sector has been widely affected.

Countries from all over the world are applying strict and extreme measures to break the chain of CoronaVirus. India during the Phase-2 status of COVID-19 which had led to businesses experimenting with digitalization through Work From Home model. There are mixed opinions about the real estate sector in India.

Compared to last year, residential property sales have plunged majorly in the first quarter of this year. From 78,510 units in 2019 to 45,200 units in 2020. Even though RBI announced a 75-basis-point repo rate cut bringing it down by 4.4%, the benefits of this are more likely to be seen in the long term.

According to various sources, housing sales declined by an average of 30% in major metropolitan cities. In Mumbai, there was a significant decline of 42% in the sales units and on the other hand, Bengaluru, Pune and Hyderabad’s sales decreased by 25%.

The hospitality sector is dependent on travel, trade and tourism for its sustenance. The pandemic has decimated the operations of major sectors like the hotel industry, and also affiliate branches like tour guides and lodging.
Due to the corona virus outbreak, the massive rate of cancellations of bookings and trips have badly affected the ability of hotels to operate across India. As per Hotelivate, a hospitality consultancy, the hotel industry could have faced losses in the range of $1.3-1.55bn this year.

Currently, 15-25% of employees in branded hotel chains are either contractual or regular employees who would be the first victims of any mass lay-offs. In the USA, 7.7 million jobs were lost in the hospitality sector while the same figure stood at 1 million in France.

The corona virus has also had a devastating impact on occupancy rates on hotels. In March 2020, towards the end of which month the nationwide lockdown began, Indian hotels registered an 80% YoY decline in Occupancy Rate and 12-14% decline.

Building a customer-based strong brand is very important for every placement consultant and executive search agency. Few of the benefits you can reap by focusing on brand equity is greater loyalty from customers, your placement consultant won’t become exposed to the competitive marketing crises and even customers will show positive response to increase or decrease in the fees. Since customer based brand equity has so much to offer, it’s time for recruitment agencies to know the points they need to focus on. 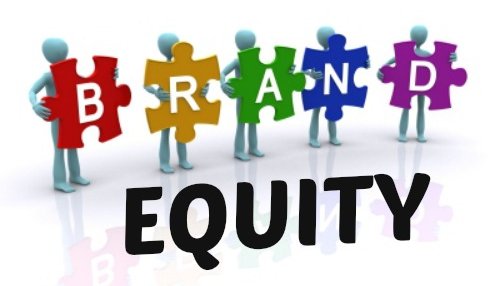 If you are willing to achieve the right identity for your brand, you need to make your brand important to your customers. Check whether customers can easily recall or recognise your brand. Brand awareness is when customers can link the name, symbol or logo or your brand with certain associations. They should know what type of services you are actually selling under that brand. Unless the recruitment services are specially designed to fulfil their requirements, developing brand equity will become difficult.

The right customer-based brand equity for a placement consultant can be created when they can establish a brand image which can reflect what exactly the brand characterizes. In short, the image of your brand should reflect its meaning. You can generally distinguish brand meaning in two categories, the abstract imagery related considerations and the performance-related considerations. These categories actually exist in the mind of the customers.

Brand judgements are basically the personal opinions of your customers and how they evaluate your brand. They might form various types of opinions about a brand after putting together all their imagery and performance. Though customers can make various judgements about a brand, there are four types of brand judgement you need to focus on if you are looking for Customer Based Brand Equity for an Executive Search Agency. They are brand quality, brand credibility, brand consideration and brand superiority.

How customers emotionally react or respond to a brand is known as brand feelings. These feelings are the result of the marketing program for the brand. Not every executive search agency is aware of the fact that the feelings your customers have about your brand can be either intense or mild. When the feelings are positive, it means that your brand has attained social approval. They might have used the service themselves or has been referred by others.

Since you are now aware of the vital points an executive search agency has to consider when looking for customer based brand equity, it’s time you too focus on them and give your business a boost.